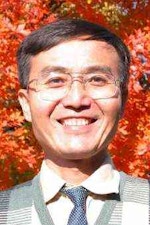 111.001Physics For Science And Engineering II

111.002Physics For Science And Engineering II

111.003Physics For Science And Engineering II

Dr. Su is a theoretical atomic, molecular and optical physicist. His specialty involves the interaction of laser light with atoms. He has recently discovered atomic stabilization effects in a super-strong field regime. His research includes laser fusion diagnosis, harmonic light generation, electron-electron correlation, laser pulse propagation in media and relativistic quantum dynamics of atoms in external fields. Recently novel cycloatoms have been demonstrated in his lab under the radiation of combined laser and magnetic fields. Prof. Su is the co-director of the Intense Laser Physics Theory Unit at Illinois State, a research center that promotes scientific exchange and actively involves undergraduate researchers. He is a prolific scholar with frequently cited publications and numerous invited presentations and conference organization activities. His research has been supported by grants from the National Science Foundation, the Department of Energy, and Research Corporation. His research and teaching have been recognized with awards and feature articles.

Fellow of the American Physical Society